You are here: Home / Conferences / Past Other Locations / OL EE II Constantinople

"Liturgical Worship of the Eastern Church"

At the opening session of the Second Orientale Lumen EuroEast Conference held in Istanbul, His All Holiness Bartholomew, Ecumenical Patriarch and Archbishop of Constantinople, welcomed and addressed clergy and laity from several Orthodox and Catholic Churches, gathered from two continents and eight countries.

The Orientale Lumen Conferences are part of a lay-organized and run ecumenical movement working to achieve unity among the historic Christian churches that became divided in the year 1054. It is the only such movement to have the blessing and support of Eastern Orthodox, Roman Catholic, and Eastern Catholic bishops and patriarchs.

In his remarks, Ecumenical Patriarch Bartholomew applauded the work of the Conference, and said: "your own presence and participation … further confirms our belief that all of us, each from our own position in the Body of Christ, must reach out to our fellow-Christians in an effort to obey the will and fulfill the commandment of Our Lord, "that we [his disciples] may be one (John 17:11)""

The Patriarch emphasized the primacy of liturgy in the church: "It is in liturgy that all aspects of Church faith and spirituality, of Church life and practice, of pastoral ministry and canon law, derive their essential source and find their ultimate significance."

Chairman of the Orientale LumenConferences, Jack Figel, noted: "It was a great moment, to stand in Constantinople, side by side with Catholic and Orthodox, learning from each other. The Orientale Lumenconferences are unique in the ecumenical dialogue because they are open to the public, with clergy and laity alike fully participating, along with church leaders and theologians."

Plenary speakers during the conference included Metropolitan Kallistos of Diokleia from Oxford, Archimandrite Robert Taft, SJ, of the Pontifical Orientale Institute in Rome, Father Peter Galadza of the Sheptytsky Institute in Ottawa, Father Andrew Dudchenko of the Ukrainian Orthodox Church in Kiev, Father Paul McPartlan of the Catholic University of America in Washington, Professor Gabriele Winkler of Tubingen University in Germany, and Professor Richard Schneider of York University in Toronto. 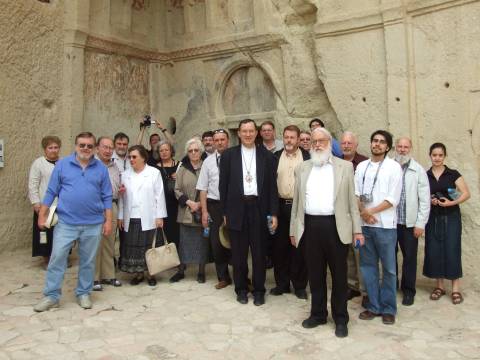 After the conference, a majority of the group toured many religious sites in the Cappadocia region, including several cave churches where Christians hid from the Roman Empire authorities during the time of persecution. 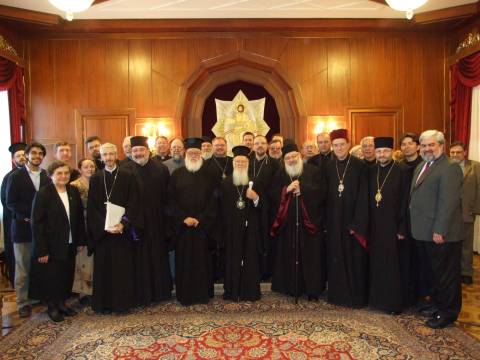 The Orientale Lumen EuroEast II Conference group was welcomed by His All Holiness, Ecumenical Patriarch Bartholomew (center) at the Phanar. Metropolitan Kallistos of Diokleia (left) and Lubomyr Cardinal Husar (right) are standing next to the Ecumenical Patriarch. 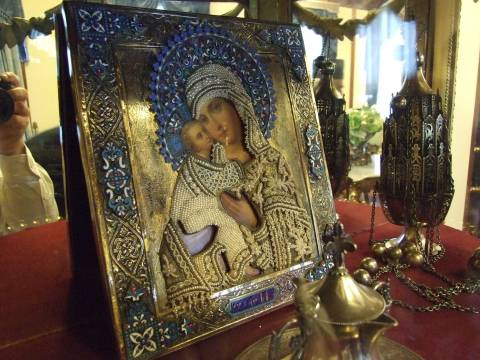 Icon of the Mother of God and other church vessels on display at the Ecumenical Patriarchate. 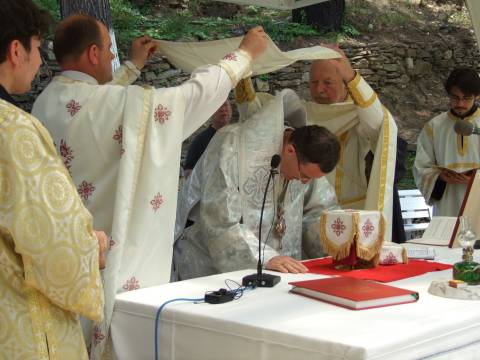 Bishop Milan Šašik of the Eparchy of Mukachevo, Ukraine, prays the Nicene Creed during the Byzantine Catholic Divine Liturgy at the sanctuary next to Mary’s House in Ephesus. 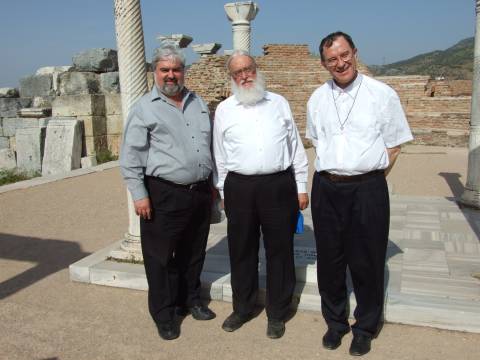