You are here: Home / Conferences / Past Other Locations / OL EE III Constantinople

Ecumenical Patriarch Bartholomew -"We offer glory and thanks to God - Father, Son and Holy Spirit, Trinity one in essence and undivided - for this blessed opportunity to warmly welcome all of you once again to our historic city of Constantinople. This is the spiritual center of an age and region which served as home to all of the early Great and Ecumenical Councils of the undivided Christian Church in the first millennium. We recognize the presence of many eminent speakers, hierarchs and academics, including clergy, monastics, and laity - and we thank them in advance for their esteemed attendance and invaluable contribution. In this regard, we also express our appreciation to Mr. Jack Figel for organizing this third meeting of Orientale Lumen in Istanbul. As all of our forefathers of the Great Councils of the Church experienced, we too can repeat: “Behold, how good and pleasant it is for brothers and sisters to dwell together.” (Psalm 132:1) "

Bishop John Michael Botean -"Learned speakers, it is the case that each of you is no stranger to Orientale Lumen, as each of you has been a presenter in previous conferences. It is a testament to your devotion to the Church and the cause of her unity that you have consented to share the fruits of your academic labors with us once more. It is no less a testimony to the uniqueness of these conferences, which Patriarch Bartholomew has coined the "Orientale Lumen Movement." As a movement led by the laity, it has been able to enjoy a freedom, spontaneity, and friendly camaraderie in your free exchange of thought that is impossible to find among hierarchs and theologians in their official capacities."

Archimandrite Robert Taft, SJ - "… unlike later church councils, the seven Ecumenical Councils of the undivided Church, all held in the East, did not seek to formulate dogmatic propositions, but rather to recognize the Orthodox faith already expressed in the liturgy and life of the Church and to confess it, as in the Niceno-Constantinopolitan Creed and in the texts of the liturgy, in accord with the famous Latin axiom “Ut legem credendi lex statuat supplicandi—Let the rule of prayer establish the rule of faith.” 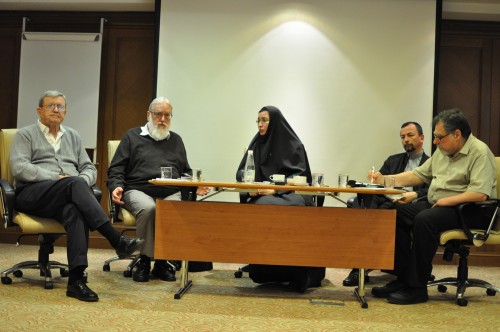 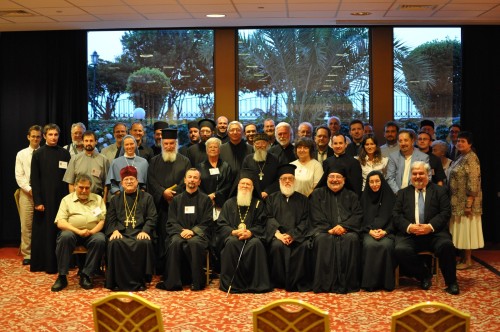 The group of attendees at the OL EuroEast III Conference gather around Ecumenical Patriarch Bartholomew for a photo at the opening session. 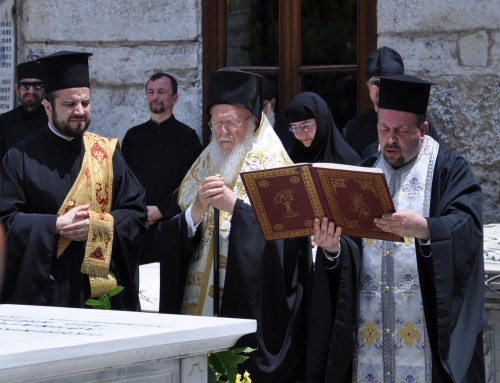 Ecumenical Patriarch Bartholomew conducts a memorial service for Patriarch Athenagoras at the Baloukli Monastery during the OL conference with participants gathered around the cemetery. 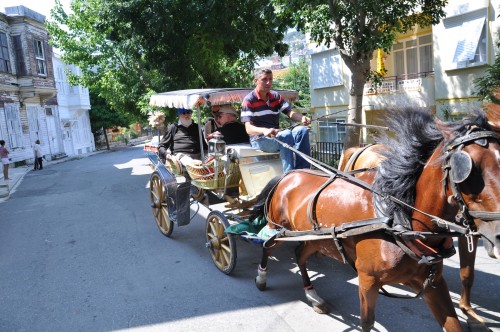 Horse drawn “taxis” take the participants in OL EuroEast III up the hill on the island of Halki to the Orthodox Theological Seminary for one day’s events. 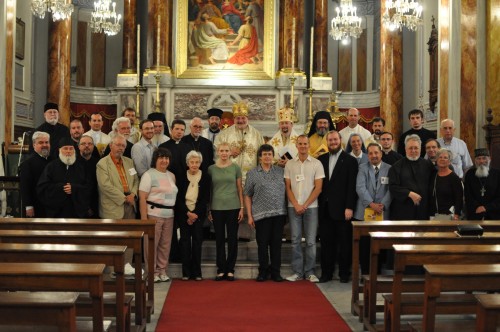 At the end of the Catholic Divine Liturgy during the OL EuroEast III Conference, participants gathered for a group photo in the Roman Catholic Cathedral of the Holy Spirit.