You are here: Home / Conferences / Past Other Locations / OL XI San Diego

Metropolitan Kallistos of Diokleia – The Holy Icon is a means of access into the age to come. It is a point of meeting and encounter with the communion of saints.  So the icon as a door fulfills a mediating function. The icon makes persons and events present to us. Through the icon we meet the person that is shown to us whether that is Christ the Savior, the Mother of God, one of the Angels, one of the saints.  Through the icon, we participate in the mystery that is depicted.

Metropolitan Gerasimos of San Francisco – Our first documented evidence of icons is found in the mid-second century, apocryphal Acts of John, which seems to have come from the region of Ephesus.  Early Christians chose to adopt an artistic style that diverged from that of classical Greek works.  They followed the conventions used to depict pagan gods such as Suchos, Isis, and Heron. These models were a bit more stylized than the more lifelike statues, notably in (1) their more static, frontal poses; (2) lack of anatomical detail under their clothing; (3) engaging eyes; (4) circular haloes; and (5) abstract surroundings.  These characteristics are still present in Byzantine icons produced today.

Archimandrite Robert Taft – For the Byzantines, liturgy filled the gap between the life-giving finger of God and the outstretched finger of the reclining Adam in the famous creation scene in Michelangelo’s 1513 fresco in the Sistine Chapel.  This perceived connection between heaven and earth, realized in the mysteries of the Trinity and Christ, and in Church services, icon worship, and the system of images, had its theological basis in the mystery of the Incarnation.  What had once been seen as an unbridgeable gulf between the Divinity and humankind had, for Christians, been bridged by the eternal Word of God made flesh in the God-Man Jesus.

Father Thomas Loya – Iconography is the official art of the Church, east and west.  It always has been.  In the west, it took on its own kind of development, but when you look at that development you see a telescoping source of western art in iconography.  Iconography is not a craft.  It’s not a lacquer box.  It’s not something you stick on the wall.  It’s not even a holy picture.  Rather the wall was made for the icon.  Iconography needs to be rescued from a certain aspect of the popularity that it is enjoying now, and put back in its context.  Iconography is the quintessential, integrated artform.

Attendees at the Orientale Lumen XI West Conference in San Diego, CA (plenary speakers and episcopal visitors are seated in the front row). 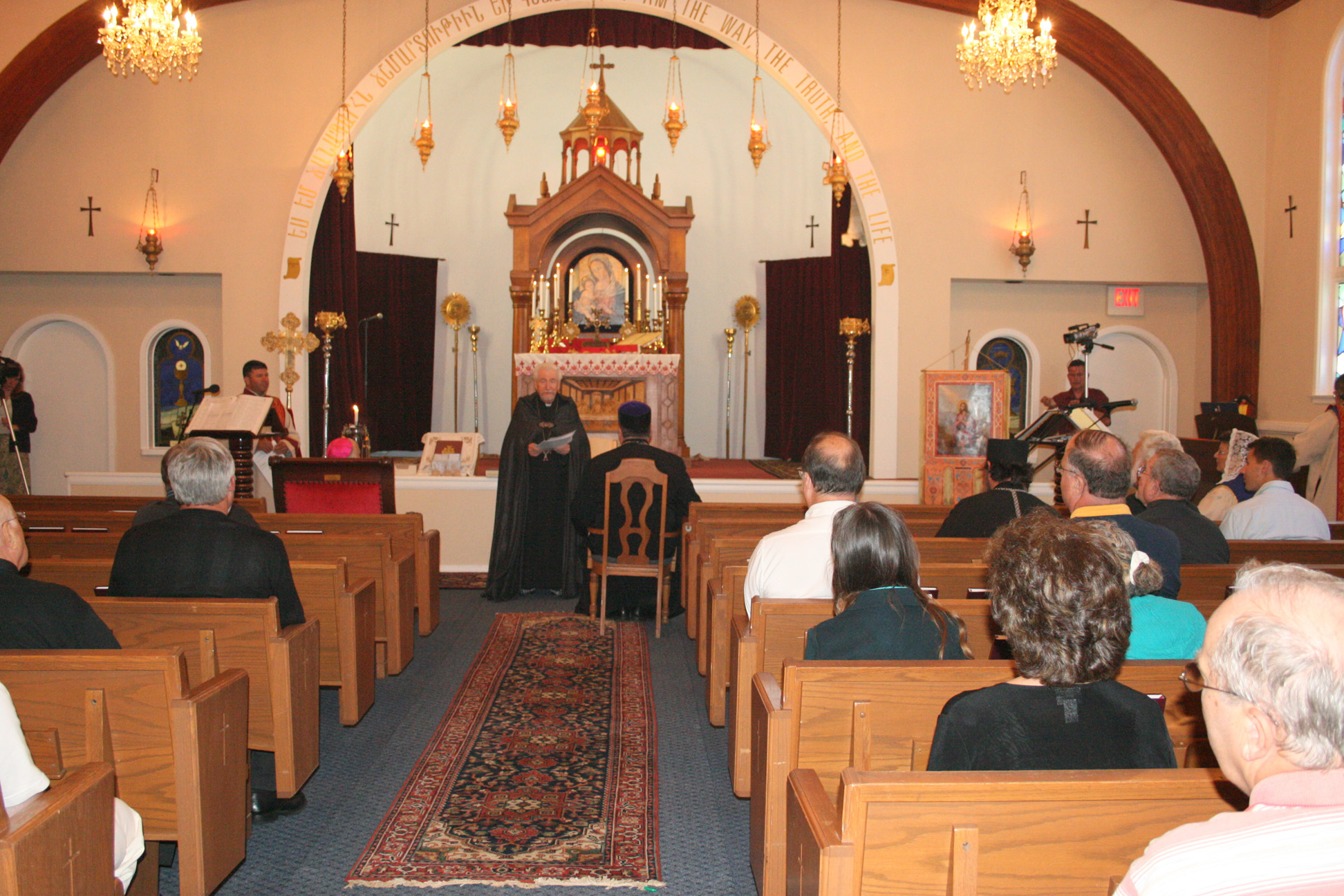 During the conference, the group visited Saint John’s Armenian Apostolic Church and joined in prayer and fellowship. 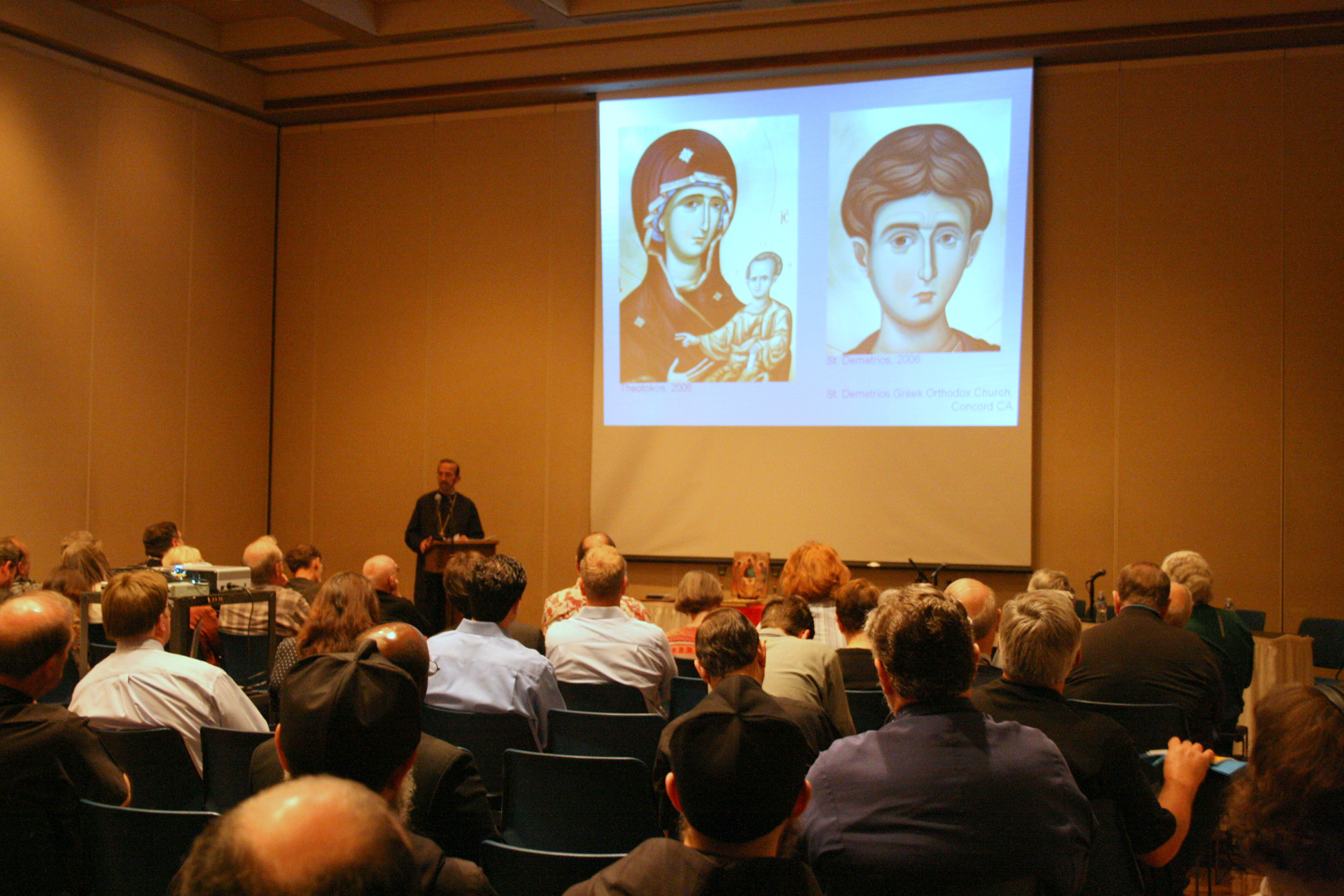 Metropolitan Gerasimos of the Greek Orthodox Church gives a slide presentation on icons.