You are here: Home / Conferences / Past Washington / OL I Washington

"Orientale Lumen" - The Light from the East

Bishop Kallistos of Diokleia - "Pope John Paul II's Apostolic Letter Orientale Lumen... is a letter full of hope ... the Pope affirms: 'We have almost everything in common.'"

Bishop Basil Losten - "Beyond any question, Orientale Lumen is the most important Catholic document on the Eastern Churches since the Second Vatican Council ... [it] is a remarkably rich document."

Bishop Nicholas Samra - "Pope John Paul II ... makes a sincere and compassionate call for unity ... the pope is urging Eastern Christians - Catholic and Orthodox - to know themselves better and to love and live their proper tradition." 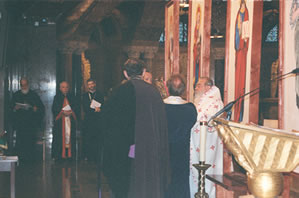 Archbishop Vsevolod proclaims the Gospel during the Orthodox Divine Liturgy 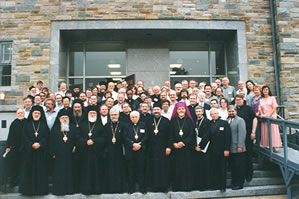