You are here: Home / Conferences / Past Washington / OL IV Washington

Archimandrite Robert Taft, SJ - "As you pray, so do you believe. If you want to know what Christians are, observe what they do and say when they gather in church to express be for e God and one another what they think about him, themselves, and their relation to one another and to Him."

Mar Bawai Soro - "I am very humbly proposing, based on the liturgical practice of my tradition, that Christian faithful whose Churches hold the same apostolic faith in the Eucharist should increasingly be allowed to receive together the Eucharist, in order to invite and allow God's grace to heal their communal thinking, even as they, as one people - though divided by whatever differences - gather around the table of the Lord and partake of the absolving and unifying grace of his gift of himself." 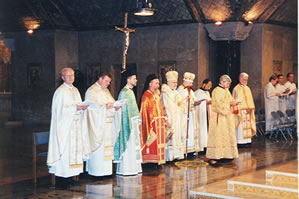 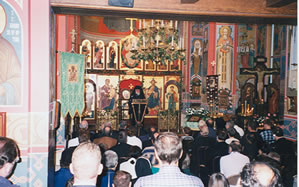