You are here: Home / Conferences / Past Washington / OL VI Washington

Metropolitan Nicholas of Amissos -"Indeed, I do believe that the Eastern Catholic Churches are an aperture of sorts between Western and Eastern Christianity. From time to time this window opens and there is movement between the two realities ... Like any window, it is not always open, and when closed shut ... it can become soiled and smudged with the exigencies of human history and human frailty."

Archbishop Vsevolod of Scopelos -"The discussion of the position of the Eastern Catholics in the wider relationships between the Catholic Church and the Eastern Orthodox Church has never been easy, and it has become much more painful of the past fourteen years or so." 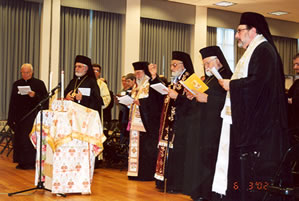 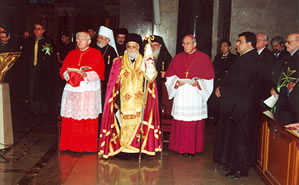 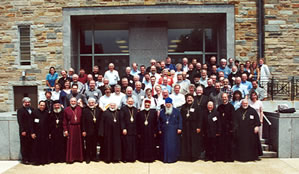