You are here: Home / Conferences / Past Washington / OL X Washington

Patriarch Gregorios III – We had one recent experience to construct a single church building for both Catholic and Orthodox.  We had one bottle of Holy Myron from the Greek Orthodox Church of Antioch and one bottle of Holy Myron from the Greek Melkite Catholic Church.  We anointed the altar together, bishops and priests, all around the altar.  It was wonderful to see such an expression of Christian unity.  Now we have two parishes worshipping in one church, and the church is jointly owned by two patriarchates with one common parish committee.

Archbishop Oscar Libscomb – Regarding our gathering of bishops once a year, there has grown up among us a distinct trust that is so crucial to dialogues.  This has been built on the solid things that have come about by just being with each other, not pressing the envelope to far, recognizing there is so much good in both of our sister Churches that we can share with each other.

Father Paul McPartlan – There has been an interesting investigation into Vatican I itself.  Cardinal Kasper and the former Cardinal Ratzinger have both called for, in the last 20-30 years, a re-reading, a re-reception of Vatican I with the idea that it has been interpreted with a “maximalizing” viewpoint.  And that you can go back to the actual council, without all the “spin,” and you can find material that we can deal with, and cope with, and move on. 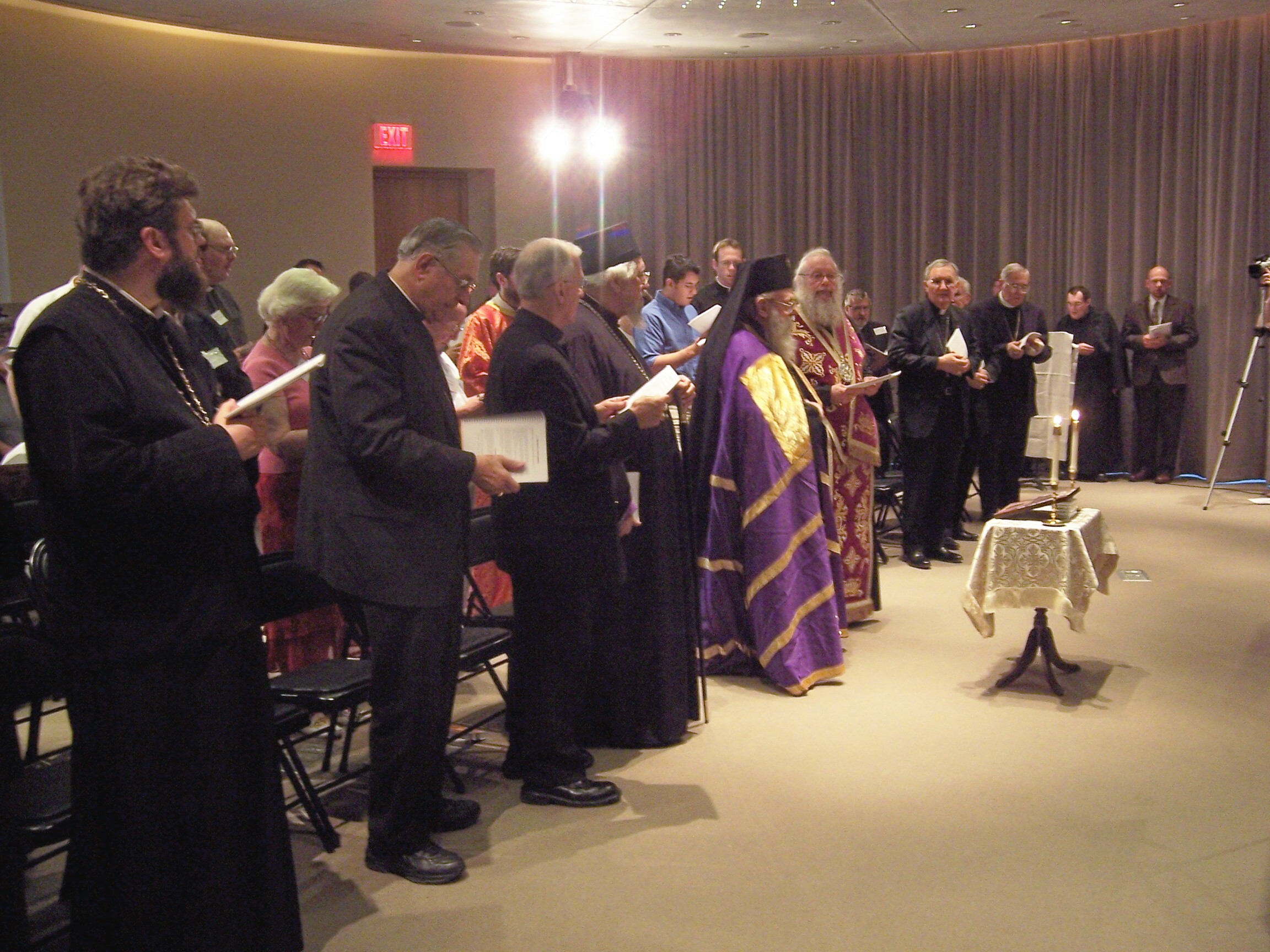 The Catholic-Orthodox Episcopal dialogue in the US met during the same week in Washington, and joined the OL conference for an ecumenical prayer service.

Conference Chairman Jack Figel presents an icon gift to Patriarch Gregorios III of Antioch, Alexandria, Jerusalem and All the East.