You are here: Home / Conferences / Past Washington / OL XIV Washington

Archbishop Donald Wuerl - "Two very different men, both personally touched by the question, “What think you of the Christ?” One man had dwelt daily with the Lord; the other, had not heard one parable, nor witnessed one healing miracle, nor ever been close the Lord. Both Peter and the centurion responded with an act of faith in the power of the Holy Spirit. The early Church and every believer since has been faced with the question, “What think you of the Christ?” The same Holy Spirit that touched Peter and the centurion has been given to the Church to lead us, as well, into the mystery of the identity of Jesus Christ."

Archbishop Cyril Vasil, SJ - "For a canonist, the study of the first common councils of the undivided Church and particularly that of their canonical norms is an occasion to admire the wisdom and farsightedness of the early Church Fathers who laid the solid foundations of a normative groundwork which remains effective to this day. At the same time, such a study inevitably leads to the question of the prescriptions’ stability and of the possibility, or rather, of the necessity of implementing practical modifications in them as well as the possibility of their renewal and revision."

Archimandrite Robert Taft, SJ - "To put it more concretely, councils were convoked to combat heresies, and heresies are a virus that stimlulate the production of antibodies in the life of the Church, including church councils and the liturgy. The Councils of Nicea I (325) and Constantinople I (381) on the theology of the Trinity and their impact on pneumatology and liturgical doxologies; of Ephesus (431) and the origins of the place of the Mother of God in liturgical commemorations, intercessions, and feasts; of Chalcedon (451) and its tortuous aftermath on Christology; of Nicea II (787) and the cult of icons; are all proof-positive of that." 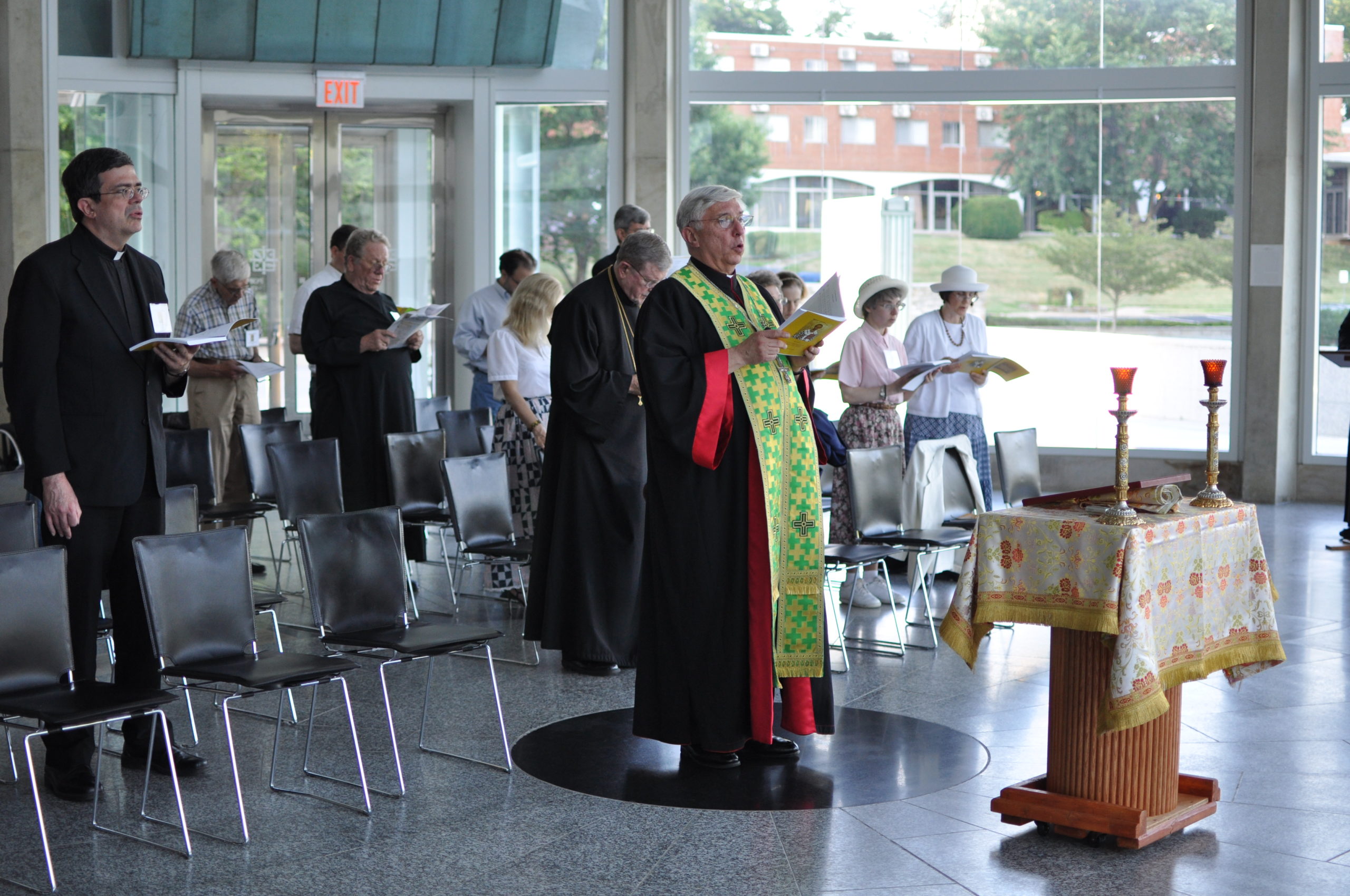 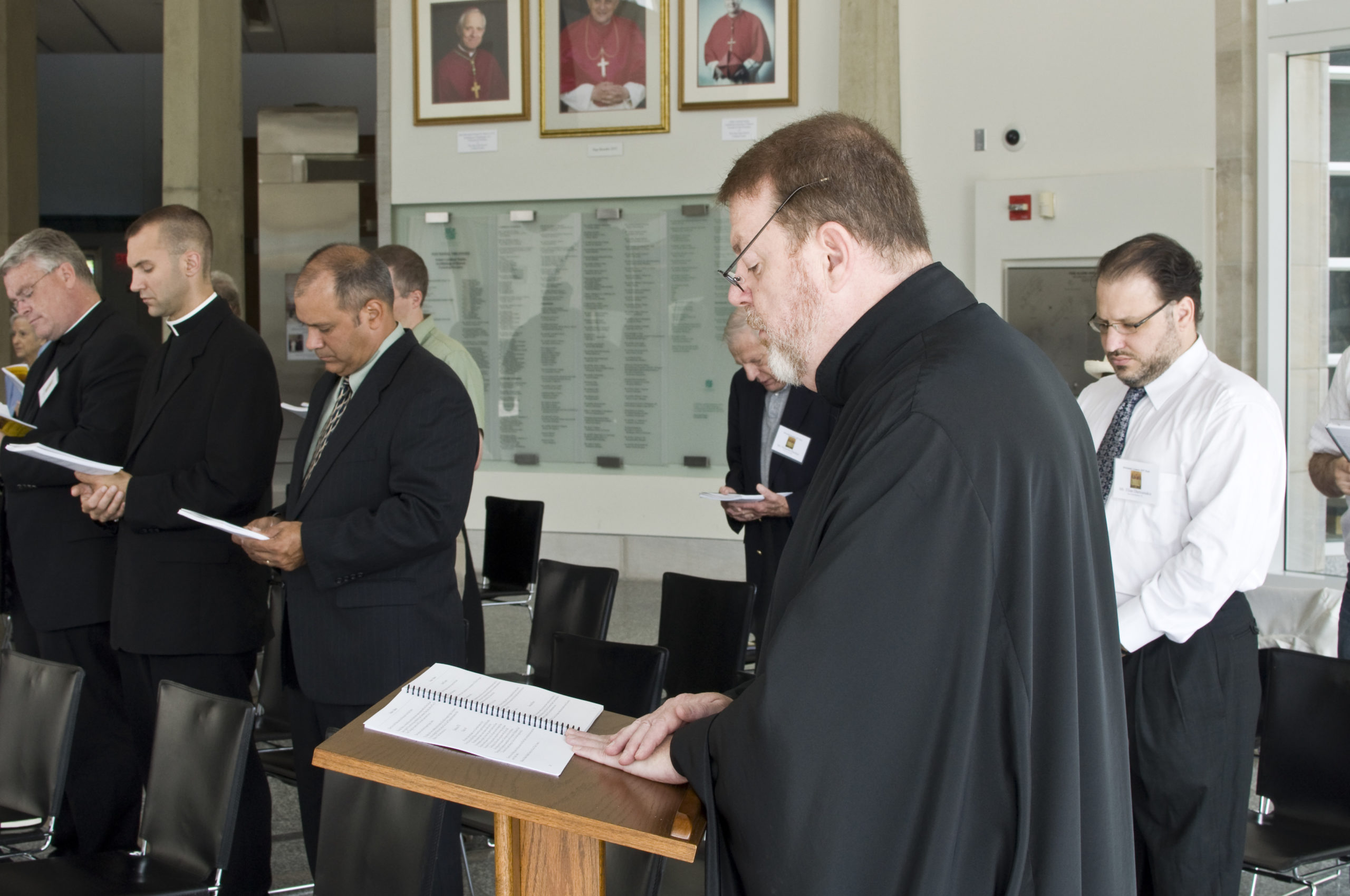 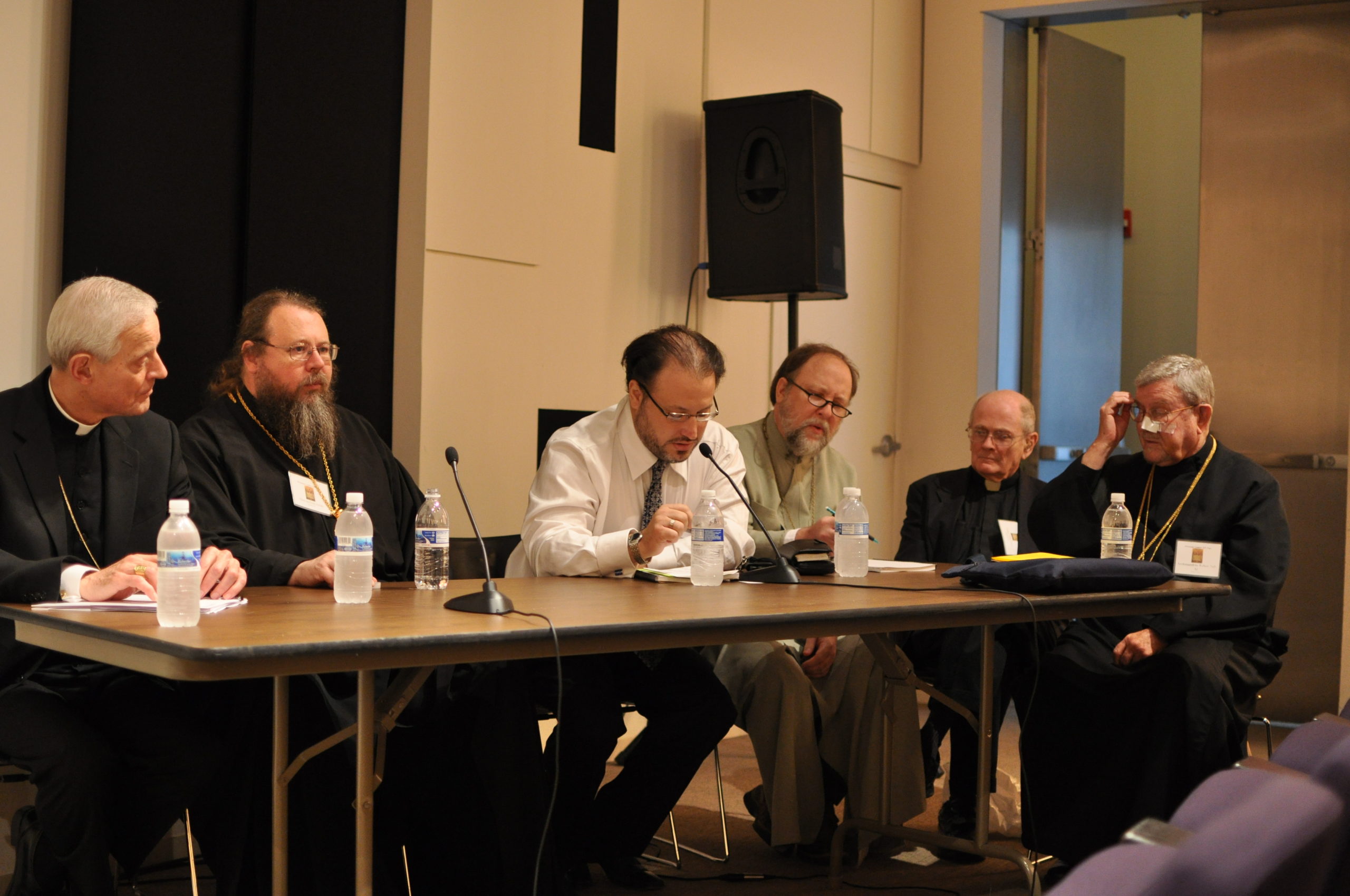 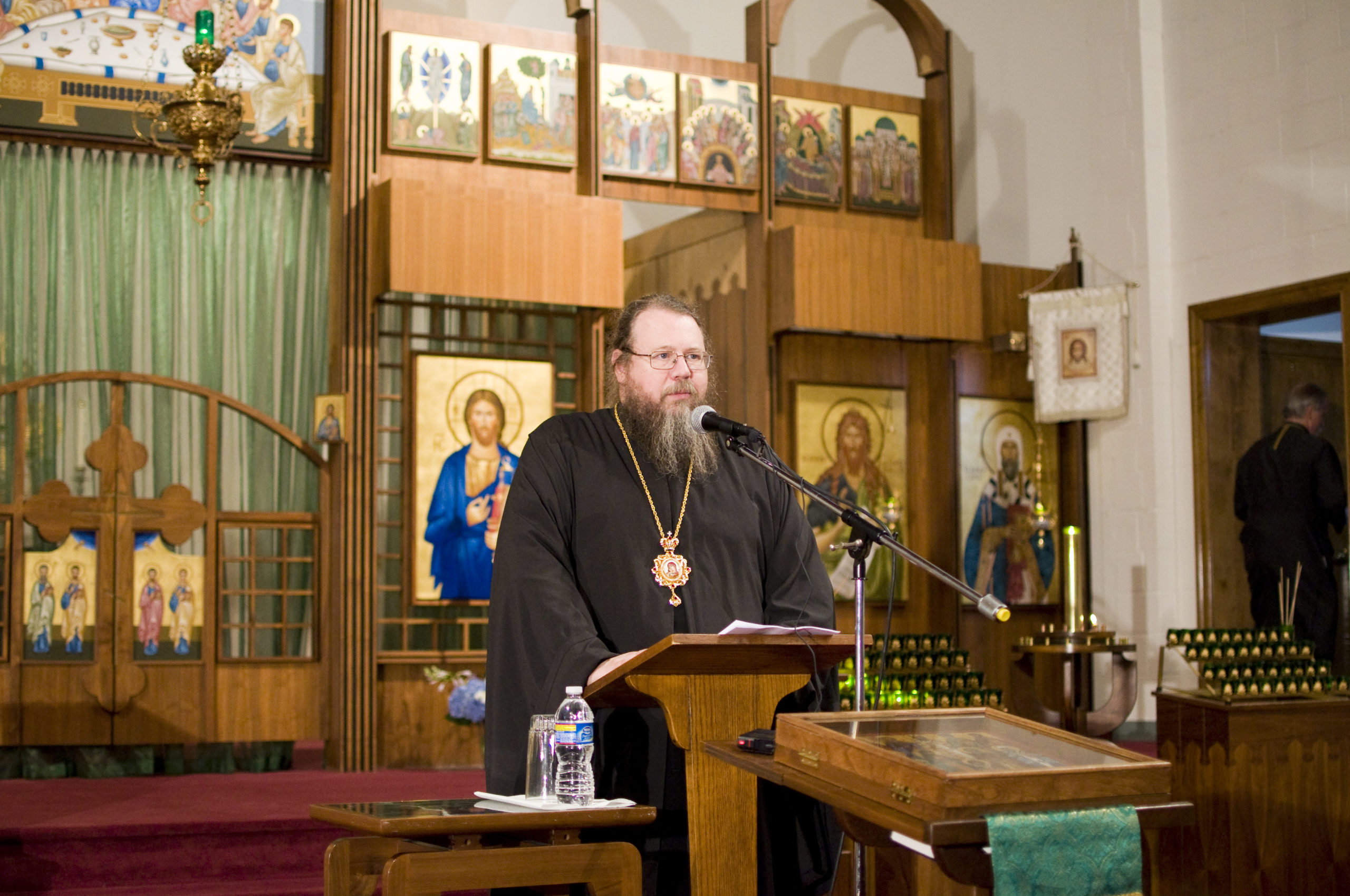 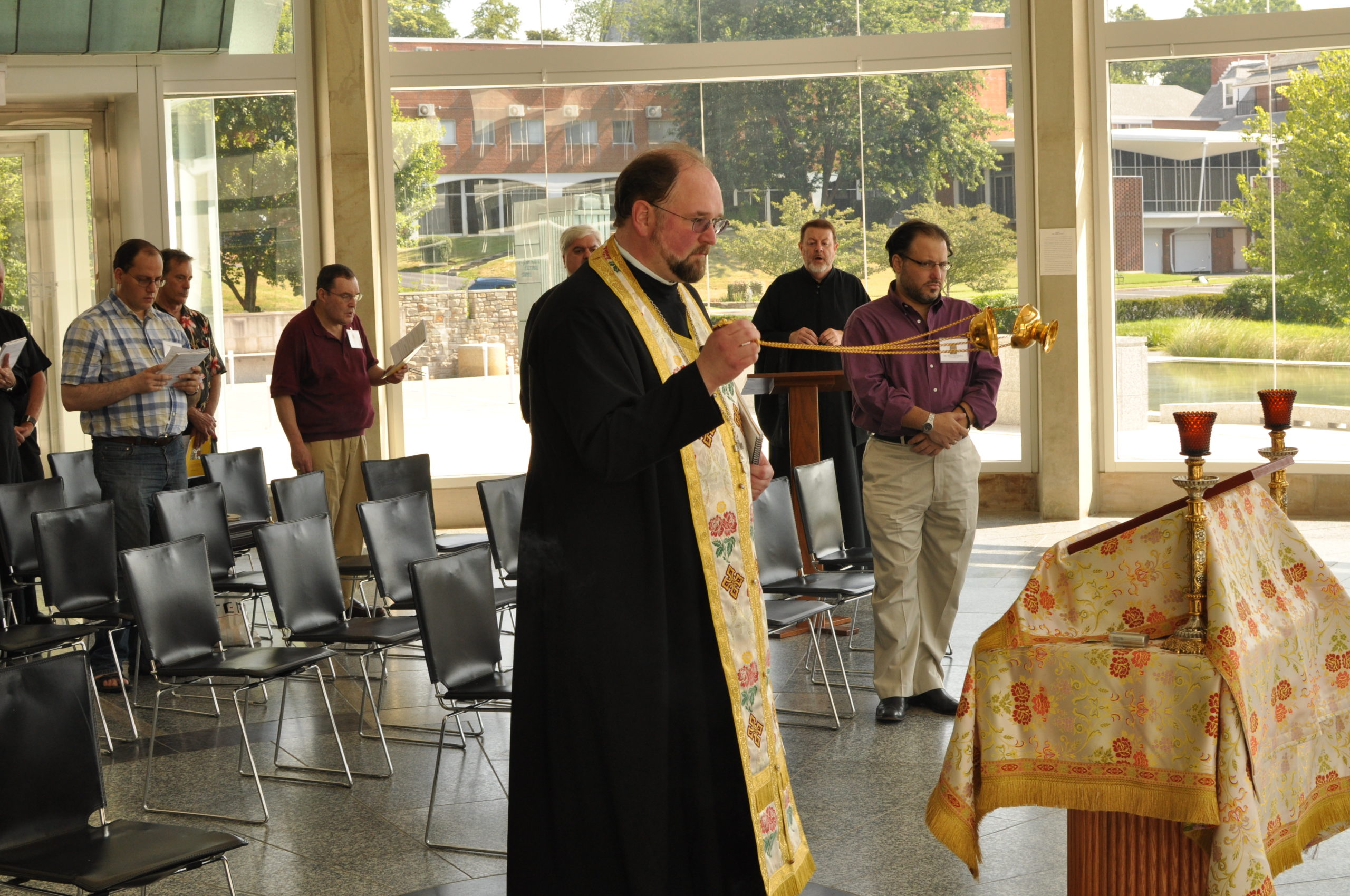 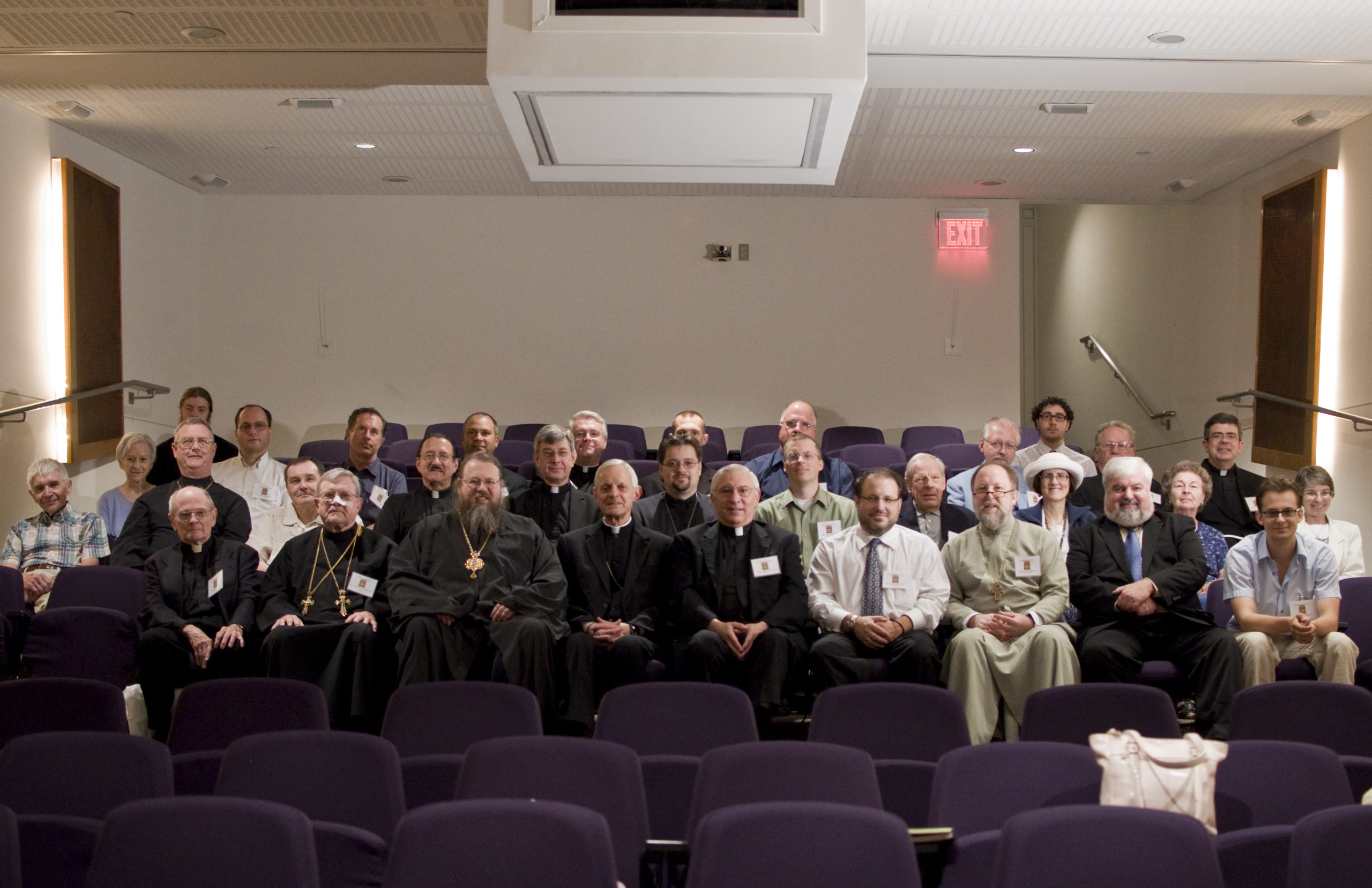 The participants of OL XIV East gather in the plenary hall for a group photo.